Sweet Valley is a brother duo – Nathan Williams (of the beach-punk band Wavves) and Joel “Kynan” Williams. They started producing as Sweet Valley in 2012, with one shorter project preceding Eternal Champ. Then, a few albums and six years later, they followed it up with Eternal Champ II. I listened to both back-to-back with joja and matt in Contours on 10/23 which re-ignited my interest in doing a little dual review on them.

I have to preface this review with the fact that I’m not an experienced beat tape listener, 8-bit listener, or electronic genre-knower. Like, at all. I don’t actually know what vaporwave, or any of the other waves (including Wavves), actually are. Whoops. But it only highlights that there’s something nice about this work if a reggae/indie/soul listener is mildly obsessed with it.

Some of the individual sounds and songs can be really harsh to the ears played out of context. So I guess that means these are also noise albums. Some stand alone just fine. If you’ve only got time for one track, make it ‘Where Will I Go’ off the first album. But I think the best listen-through is in full album form. I’d recommend both albums back-to-back if you’ve got that kind of stamina, or just that kind of a day ahead of you too.

The perfect storm for lots of millenials out there. Eternal Champ fuses Koji Kondo’s nostalgia-soaked compositions from The Legend of Zelda with intensely warped electronic production. There’s lots of beats out there, but this is a different flavor. Sticky basslines, subtle chucking, and samples from some really well known reggae artists are that flavor. I never knew I wanted an 8-bit reggae crossover, but the first time I heard ‘Where Will I Go’ in about 2016, I was convinced it was the most genius musical thing ever made.

This one was really well-received because it was a little longer and more fleshed-out than their first release. But the corporate powers that be (Pitchfork I’m looking directly at you) seemed to be quite hungry for this duo to up the ante and become something more. To me, this sound is already pretty solid as it is, and I’d have been content even if Sweet Valley didn’t go for the six-year follow up.

But before we talk about that, here’s the tracklisting with the samples WhoSampled could provide. Favorite tracks highlighted.

This album takes the vibe and keeps on chugging straight into a dystopian daydream. If the US actually turns into a less desert-y version of Mad Max in the next year or two, this will be my death-machine-driving soundtrack. I’m not sure how they get everything to sound both totally busted and happily carefree at the same time. But I love it.

NOT everyone even comes close to liking this album though! GIGsoup, a music news and review outlet, ripped it a new one – rating it a measly 36%. Ouch! They’re wrong because that’s 6.4/10 less than the actual album rating. Which I have very officially bestowed.

“‘Eternal Champ II’ is a wasteland of too-easily discarded thoughts and bad decisions.” Oh, hm, sounds relatable because ah, were you talking about my life? The author must have lots of perfectly well-thought out ideas and make good decisions all the time. That ain’t no fun sir!

Gritty, disjointed albums can be just the thing for parts of life where you feel like a fogged up mirror. When the GIGsoup author says that, “while multiverse theory allows that ‘Eternal Champ II’ is a haunting masterpiece somewhere out there, this doesn’t seem to be that place,” I think he’s really just showing that he’s not yet been in the happy-but-part-time-degenerate phase of life.

I’m siding with one Jay Willms who eloquently commented: “This review is way off. [The author] is a ding dong.” Mr. Willms, I salute you and maybe love you for using ding dong as your only insult.

Eternal Champ II is definitely way more noisey and cracked than Eternal Champ and you get thrown into it in the very first track. Increased tension, more warped effects, and rougher textures. The change in tone ominously and perfectly mirrors the change in political/global tone we’ve gone through in the past six years (imo).

Falcon’s probably my favorite track because of the absurdly distorted sample of ‘Great Fairy Fountain’ – all I can imagine is Link, hammered off his ass, chilling in Hyrule with Zelda, Epona, and a few blunts. Ignoring impending climate-related doom. Also it’s bird theme. What could I possibly enjoy more?

Here’s the tracklisting for this one. Favorite tracks highlighted.

MusicWeekly crush of the day 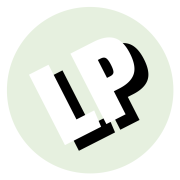 bird girl flown in from the cold 🦅 laziest bastard 😴